Many investors consider themselves free-thinkers when it comes to sourcing potential investments but practicing that strategy is usually more difficult than it initially appears.

Technology and internet startups that break from popular trends and ways of thinking to build outsized returns can be thought of as narrative violations. Companies that challenge popular narratives through the use of hidden knowledge, strategy and skill can produce incredibly powerful results for investors making them highly sought after.

In the following examples, I’ll break down how each of these 5 startups, from early-stage to well-established, demonstrate narrative violations at multiple levels in the business. These lessons are valuable tools in a kit you can leverage your own company’s growth or investments.

For investors, capturing early-stage narrative violations is an essential but elusive process precisely because popular narratives control so much of what we’re exposed to and think about as technology workers. As Bedrock explains in their investor letter, “The best time to invest in a company is when it’s most in violation of a popular narrative.”

While most co-working spaces struggle, Ethel’s Club Founder and CEO Naj Austin and her team acted quickly early on during the pandemic in 2020 Civil Rights movement to start software development of their not yet launched yet hugely well-known social platform called Somewhere Good.

In a recent interview with Tech Crunch, Austin explained the match making and group affinity features that make the UI potentially powerful and innovative in ways unseen in social tech before.

In fact, Somewhere Good’s affinity features are so unique that they allow users to self-select for them, a stark contrast to Facebook’s hidden, often opaque targeting groups assigned behind the scenes. As a result, Somewhere Good is an early-stage company poised to power real human connection and community in a time when we desperately need safe social contact the most.

Somewhere Good’s ability to both quickly innovate and execute in a crowded social app space have allowed them to achieve an incredible amount of word-of-mouth support and early-adoption.

Whereas attempts at entry into this space by apps like Path and others in the last 10 years have fizzled out, Something Good provides clear privacy, community, and mutual growth to potential users where other social networks currently lack or outright fail. Whereas all successful social networks have previously been dependent on display ad revenue for income, Something Good will provide new business model to both consumers and potential business and related partners alike.

Somewhere Good was also recently featured by the Duke and Duchess of Essex for the Time Magazine talk on engineering a better world. Follow the Founder of Somewhere Good, Naj Austin, for her valuable startup insights on Twitter.

In a crowded short-term rental space, AvantStay has challenged the popular narrative by differentiating themselves as a luxury provider for people traveling in groups.

Thanks to their determination to establish a niche in a crowded market, AvantStay was able to capture some of the unique growth caused by the 2019 and 2020 global pandemic who prefer to stay in more isolated houses with a trusted group rather than high-volume travel destinations and hotels.

AvantStay demonstrates that regardless of how crowded a market may appear, skillful execution and hidden knowledge around customer experience can lead to outsized returns.

It’s a common truth in 2020 that D2C startups are considered high-cost thanks a dizzying array of vendors around advertising, logistics, and many other investments needed to get most new ventures off the ground.

That’s why co-founders Helena Price Hambrecht and Woody Hambrecht have challenged the trend by making careful, long-term investment decisions around the logistics and production and social ad spending for their D2C beverage company, Haus.

As Helena has discussed since the company’s founding, by making the decision to invest in their production and logistical process early on in-house at their Sonoma, California farm and home, and keeping social advertising costs low, Haus is able to deliver farm-fresh products at high quality standards while maintaining an engaging and beautiful, organically powerful D2C product experience at a lower cost in the long-term.

This process yields sturdier, more organic long-term growth as the powerful word of mouth and brand loyalty around Haus demonstrates. This brand loyalty and trust is particularly important for companies like Haus that sell D2C subscriptions as well.

Hilma is a unique supplement provider thanks to its combination of a modern D2C customer experience and rigorous standards and purity testing that the company maintains self-imposes.

Hilma is breaking the popular narrative in the supplement and vitamin world around a common lack of internal testing and quality-assurance due to a stagnant, overcrowded market that reinforces existing norms.

Hilma has reject the idea that vitamin businesses shouldn’t hold themselves to the highest purity standards possible. In Hilma’s case that means crafting some of the first clinical trials of their kind in the vitamin space.

When asked about why more wellness brands invest in clinical research, the founders noted: “It’s unique for a brand like ours to run clinical studies because it’s a significant investment, without the same incentive structure as a drug trial, where you can patent your product and recoup your investment. It’s nearly impossible to enforce the patent for a natural formulation, so our investment here was based on the fact that scientific rigor is a core value of our business, and our belief that consumers today are hungry for clarity and transparency around what they put in their bodies. We’re proud to set a new standard for what ‘backed by science’ means in the wellness industry.”

In the space for meditation and focus apps which has historically been considered far more consumer focused than B2B, Calm.com has unexpectedly emerged as market leader in enterprise sales strategy.

While Calm’s core offering is focused on end-consumers, the company was able to overhaul its sales process last year by focusing on a B2B strategy of selling directly to business and internal departments rather than individuals. This opened up the door to large enterprise contracts for many subscriptions as their customers quickly realized the productivity benefits of purchasing a subscription for each one of their employees.

Calm’s pivot towards an enterprise software sales strategy also opened up the door to their expected $2.2 billion valuation in their 2020 funding round–an otherwise previously unthinkable valuation for a meditation app even 5 years ago.

Investors and companies alike need to continue to push the boundaries of investment narratives during the pandemic instead of retreating inwards towards stereotypical narratives now more than ever. By identifying narrative breaking companies that have made it we have a better chance at becoming true free thinkers.

Mellow music for focus and relaxation at work during COVID-19 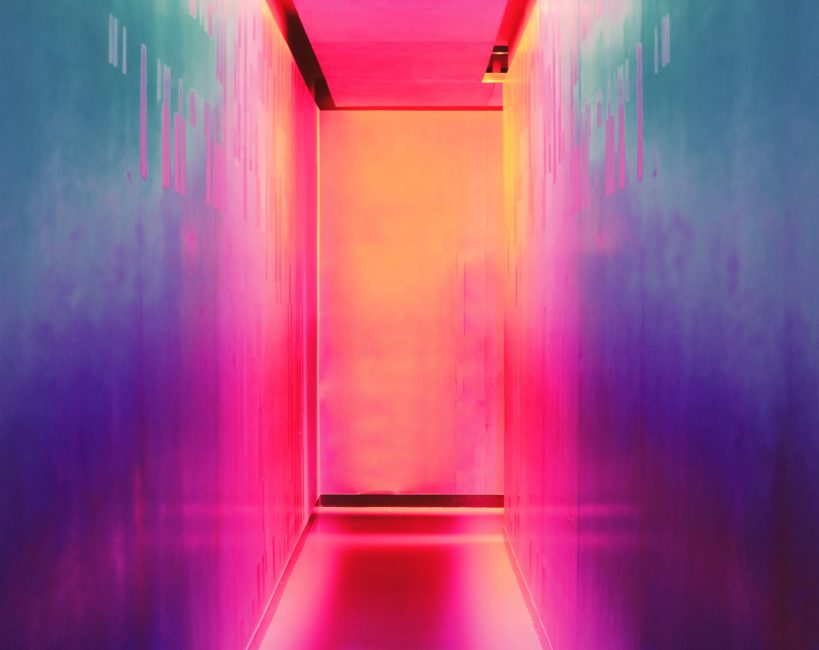 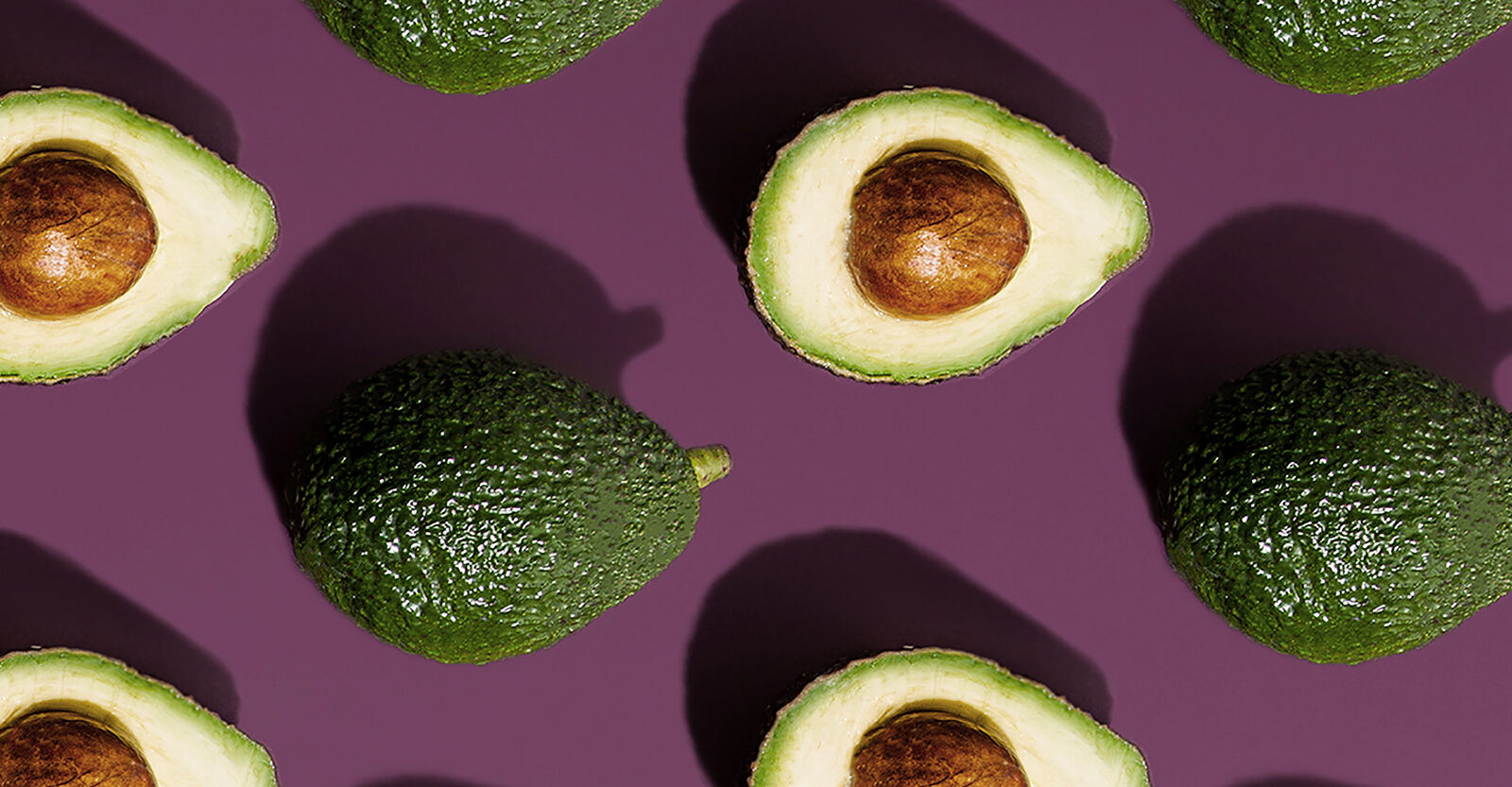 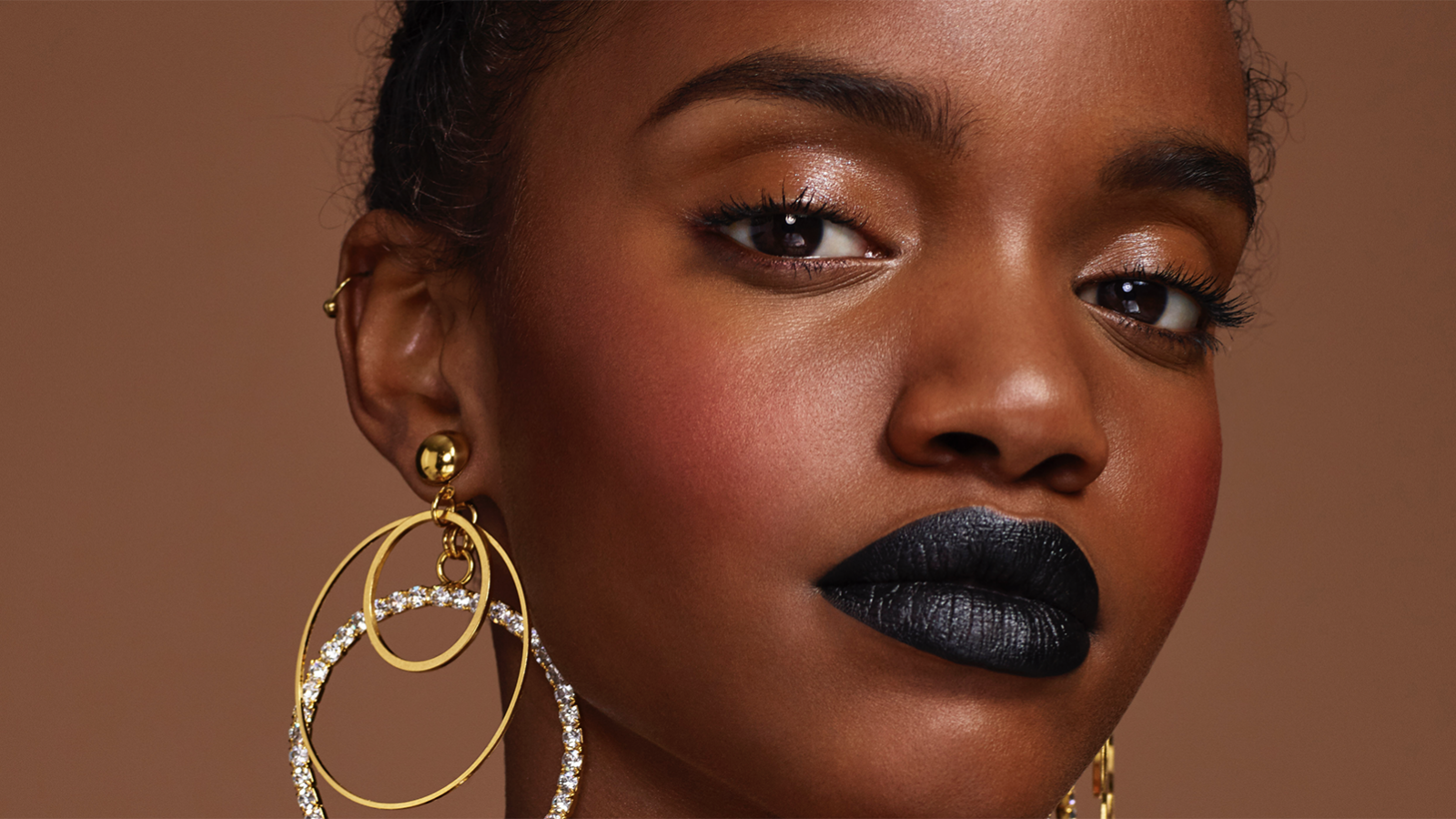 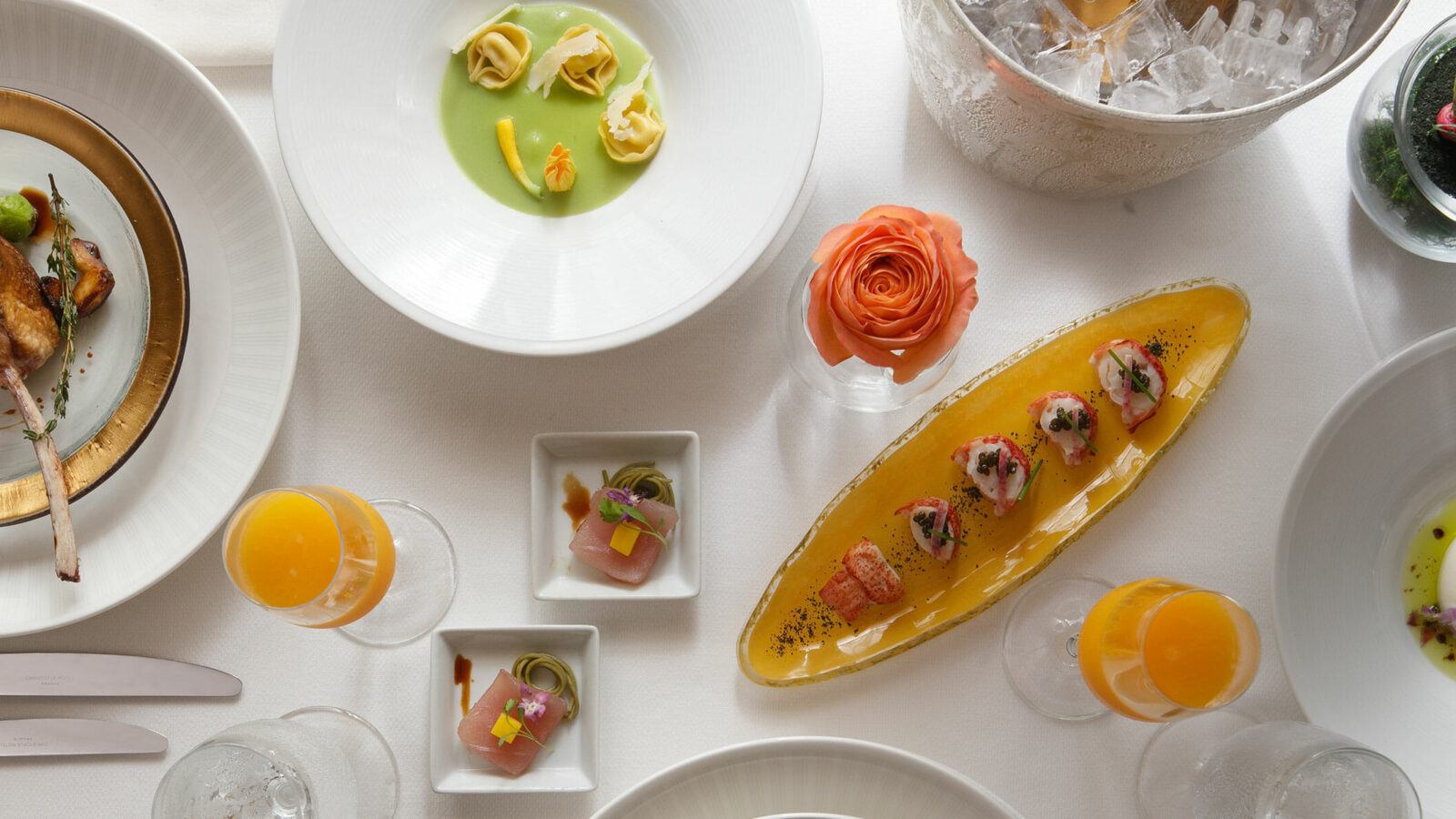 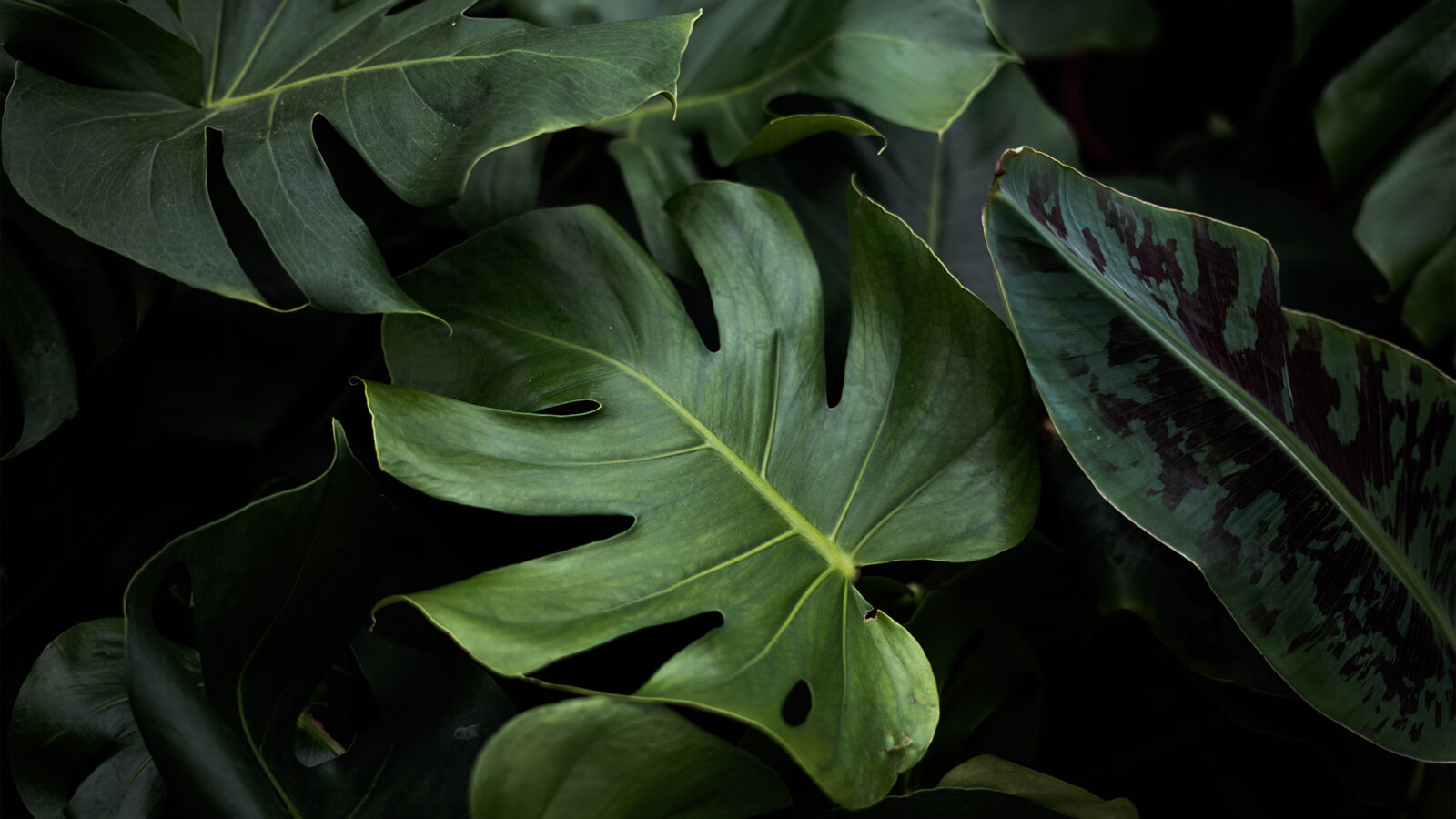